THE LIFE OF IDPs: OWN AMONG STRANGERS, OR STRANGERS AMONG YOUR OWN

Ukraine has had a register of internally displaced persons since 2014.

Until February 24, 2022, the list of internally displaced persons (abbreviated IDPs) included people from the temporarily occupied territories of Luhansk and Donetsk regions. After the declaration of martial law in Ukraine, the number of IDPs has increased significantly, as Ukrainians lose their homes and jobs and move accordingly. Forced to pay for new housing and look for work in a new place.

Your own among strangers, or strangers among your own?

The First Sumy humanitarian headquarters wants to get an answer to this question from people who were forced to leave their homes, their city, from those who were most affected by the war, which changed comfort for permanent taxation.

The first Sumy humanitarian headquarters, thanks to the cooperation with WCK (World Central Kitchen), has been providing food support in the city of Sumy and the Sumy region since April. Every 2-3 weeks, the foundation tries to distribute necessary food products that help families in need.

“Communicating with our target category every day and analyzing the number of issued packages, which is up to 300 sets per day, from Monday to Friday for 4 months, we understand that there is no shortage of people and Sumy is a region that thousands of people have chosen as a new House. Therefore, we want to expand the range of services that will help adapt to the new territory.

We already have good partners for this purpose, the BF “Pravo na skhusht”, who provide free legal consultations” – the First Sumy Humanitarian Headquarters.

In order to fully support IDPs in Sumy region, in the near future, a round table will be held on the basis of the fund with the participation of families who have been forced to change their place of residence to identify a complex of urgent problems.

The material was prepared by Oleksandr Homan, Larisa Babela, journalists of the “Journalists Against Corruption” IA.

Prev Next
We are on facebook
We are in soc. networks
Our partners 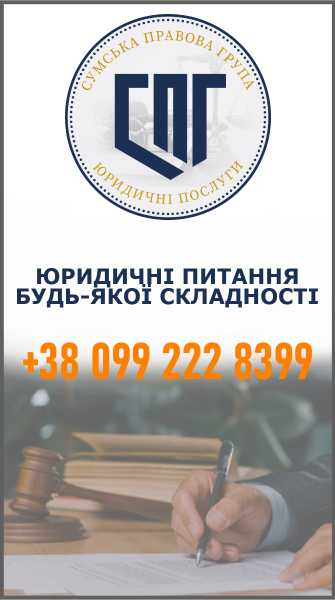